Today, our community has 980 registered members.

Like many First Nations, Upper Nicola has a relatively young population with 56% of registered members aged 40 and under. In general, the population living on reserve is older than members who live off of reserve. The median age for UNB members is between 36 and 40, which is significantly younger than the Thompson-Nicola Regional District (45.2) and Merritt (46.5). 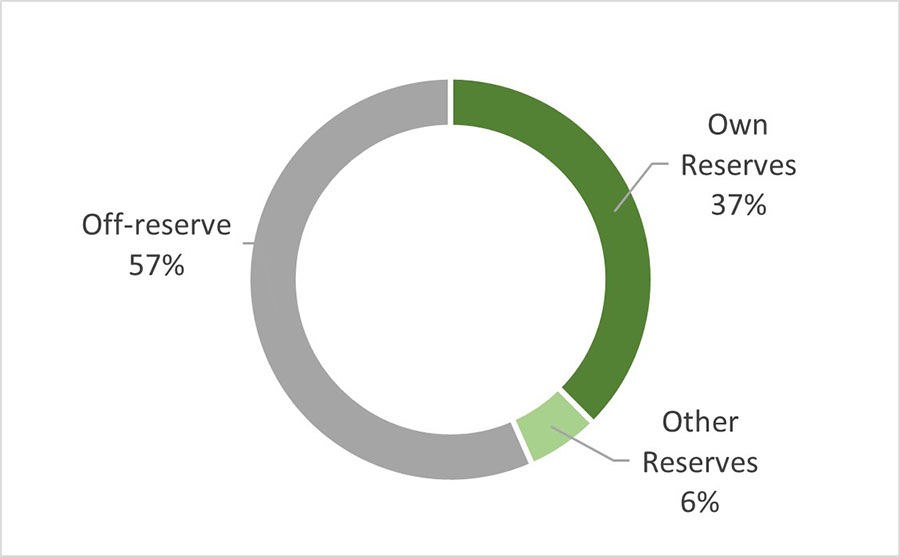 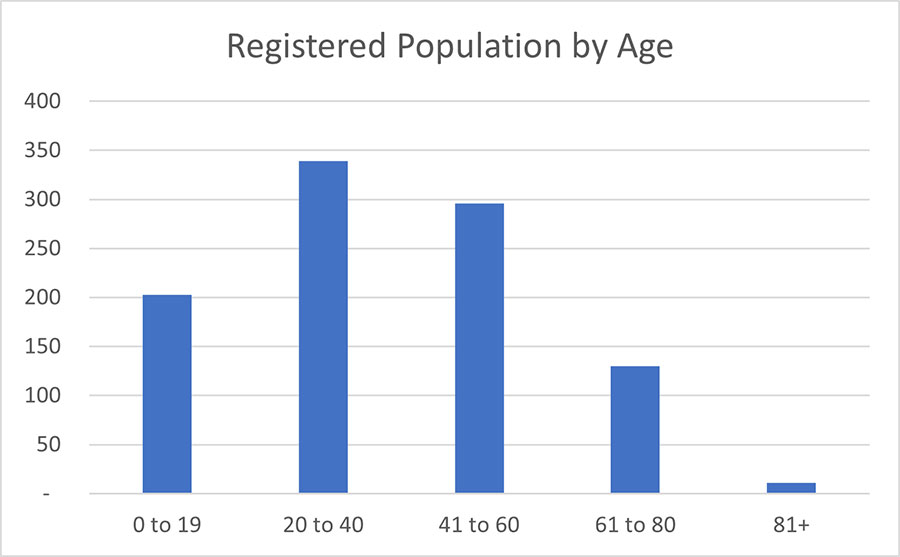